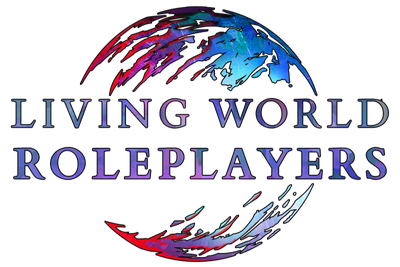 We are a lore-focused guild that explores and expands on existing game knowledge. Since we focus on a style of play rather than a unified theme, [LWRP] welcomes a huge variety of characters and can help facilitate the scenes and stories you want to play.

We maintain a progressive, compassionate, and LGBTQIA+ affirming atmosphere. All are welcome to join; spectators or walkups during public scenes are encouraged! Trolling, bullying, and bigotry will not be tolerated.

Join our discord server to get started!

What is roleplaying?
Roleplaying is a cooperative game of real-time improvisational storytelling. Each player maintains full creative control of the character they are writing and all players work collaboratively to act out scenes. There is no script and often very little planning, everything you see is made up on the spot!

How do you roleplay in an MMO?
If you're an experienced GW2 player who's new to roleplay, it's easy! Use (/s) for your character's speech and (/e) to describe your character's actions as you play the game. Roleplayers can also enhance their scenes using animated emotes, novelty items, profession skills, etc.

If you're familiar with roleplaying but haven't done MMORP, it plays a bit like a fusion between chat room prose and LARP. Imagine immersive improv theater with the actors using 3D game characters rather than makeup and costumes.

If you feel comfortable with tavern RP but haven't tried RPvE, LWRP is a great place to find more open world scenes. Our Discord server also offers a channel for discussion of more advanced RP theory and technique!

Is it okay to watch/join roleplay scenes?
Generally speaking, if you can see a scene taking place, it's okay to watch. If you just want to watch, it's a good idea to try and be inconspicuous so you don't disturb the scene. Many people use tonics to blend into the environment, or find something to stand on like a roof or lamp post. We call this "lamping."

If you want to join a scene, it's a good idea to watch first and get an idea of the tone and premise before jumping right in. Most players will be excited to have you join, but sometimes scenes need to be more tightly controlled and the players may not be able to accommodate you. If you'd like to approach an in-progress scene in character and aren't sure if the scene is open or closed, just ask!

How can I use LWRP to find roleplay?
LWRP offers many different discussion channels where you can develop your characters, post story hooks, coordinate ties with other players, join RP squads, participate in events, browse guild advertisements, and more! You can even run your own events, if you want to.

Do I need to put in an application or get my character approved?
LWRP does not have an application and does not approve or deny membership based on character concept or backstory. If desired, our community has space for character development, lore discussion, and other constructive feedback.

How do I join LWRP?
Join our Discord server and you're in! Please make sure to read the rules.

In-game [LWRP] guild tag is optional and conditional on Discord membership and good behavior. In-game guild membership can be requested via Discord.

Be kind. (at least OOC)
Respect the consent of other players.Do not make mean "jokes" with punchlines that promote bigotry and discrimination.No slurs or hate speech.No witch hunting or mean gossip about other players.No pepe or other right-wing garbage memes.
Be courteous with difficult topics.
Discord's ||spoiler|| function allows us to hide potentially triggering content and let people choose what they want to see.If asked to spoil something, please do so. You can add a note or warning if you'd like to be really helpful.Certain topics are confined to specific channels. In these cases, please only post about these topics in those specific channels (eg: story spoilers, mature content, food)
Tyrian politics only.
"No politics" does not mean "politically neutral." LWRP is a progressive and LGBTQIA+ affirming space and we will not tolerate bigoted and hurtful behavior in pursuit of "neutrality."With that in mind, this is a Guild Wars 2 roleplay server. We are not equipped to handle political debates on difficult real-world issues. Please take these important discussions to other forums.We do not support roleplay that promotes bigotry or makes light of real-world atrocities, even if the events or ideas have been fictionalized into the setting.
Lore-grounded, not lore-confined.
LWRP promotes a lore-friendly atmosphere, with the understanding that Tyria is an expansive high-magic setting that grounds our characters in a common universe and allows us to write together collaboratively.We follow the ruling of the official GW2 Tumblr, "If you tell us you’re a vampire, demon, robot, or anything else that’s not strictly listed as an option at character creation, we’re not going to argue because ... we believe it. Have you been to the Mists? Nothing surprises us anymore."